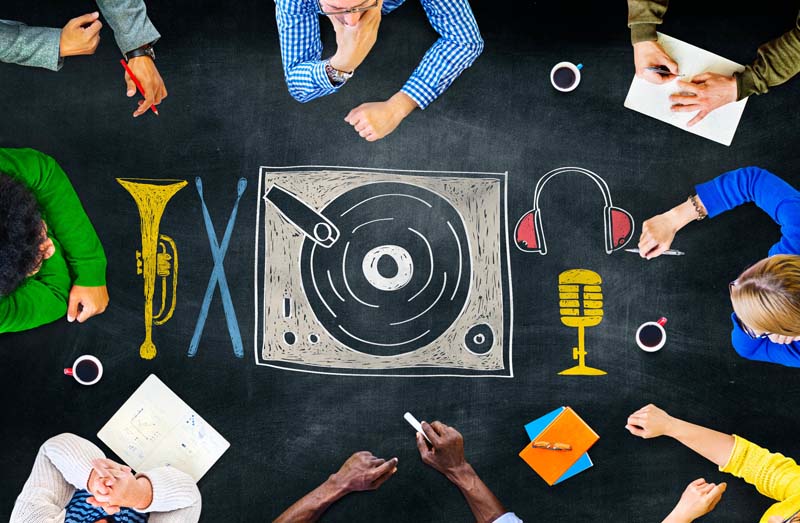 Help your participants understand who the key players are in the Music Industry and the insider lingo. Examples include: What’s the role of a Producer, Artists and Repertoire (A&R), Songwriter, Record Label, and Music Publishing?

Discuss the different roles with your participants or bring in special guest lectures: